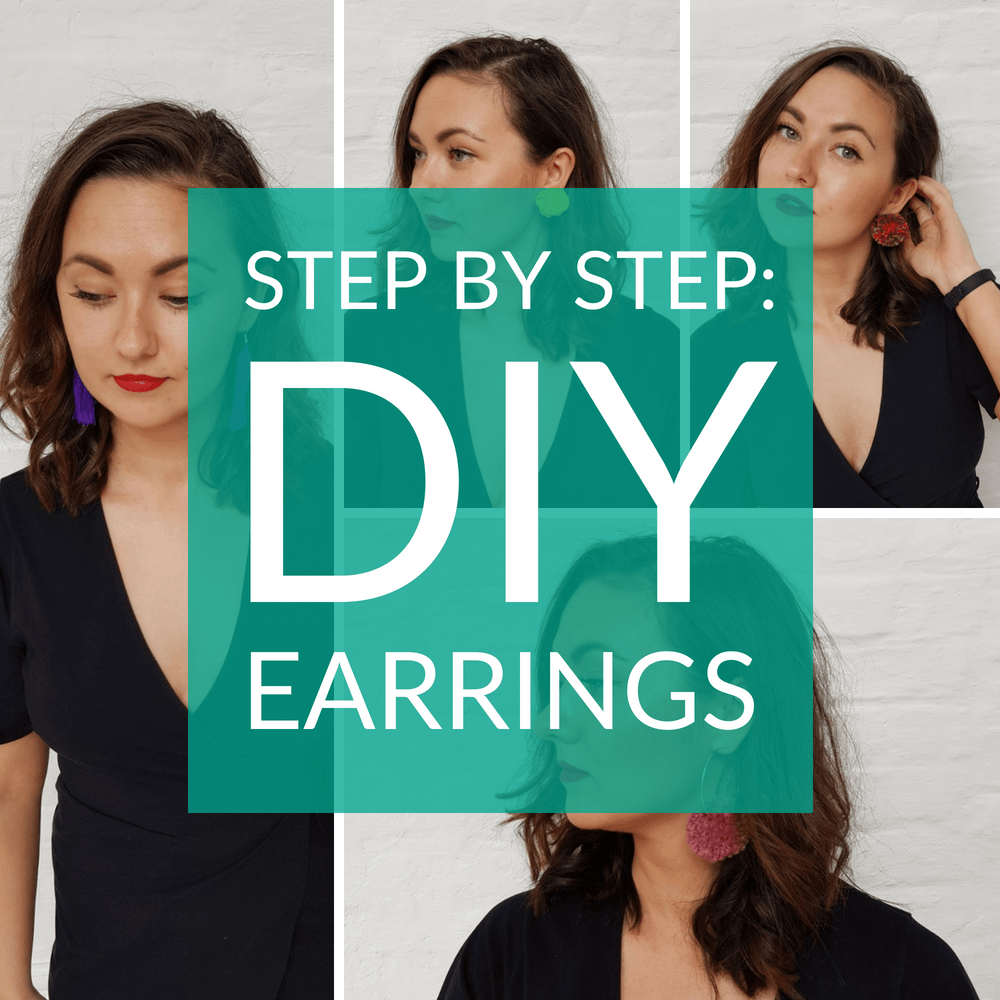 Unless you’ve been hiding under a rock the past year, you’ll know that ‘statement earrings’ are a big trend. Every retail fashion store has rows upon rows of the most colourful and eccentric styles you can imagine. I for one, am living for it. I think nothing jazzes up an outfit more than the colourful pop of an earring. So I have put together a fun step by step of some statement earrings that you can be proud of because you literally made them yourself!

What you will need: Embroidery Thread Cardboard cut into the length you want your tassels to be. Scissors Earring Pieces (You can buy them in store!) Start by wrapping your embroidery thread repeatedly around the piece of cardboard. Be careful to keep count whilst you wrap, so that your earrings aren’t completely different in thickness.

Once happy with the thickness, thread through a piece of embroidery thread and pull it up to the top. Tie it tightly in a knot and slide your tassel from the cardboard. Cut the tassel and then even it out.

Thread your earring piece through the thread and tie a knot again to secure it. Now, protect your table! Lay down a piece of paper. We are using a glue gun and you do not want to get that on your surfaces.

Now, here’s the part that seems tricky but it really isn’t. Start wrapping the embroidery thread you used to tie the tassel to the earring, wrap and add a little glue to secure and then keep wrapping. Do the same with the other piece of thread. And there you have it!

What you will need: A Pom Pom Maker (the one I am using is available in store) Wool Scissors Glue Gun Stud Earring Pieces (available to buy in store!) Check out my Pom Pom Twinkle Lights post to learn how to use a Pom Pom maker. Or check out Pinterest to see lots of ways to create the perfect Pom Poms! Once you have created your Pom Pom, get a piece of felt. Cut the felt to about 1cm width by 2cm length. Cut it directly in half.

Cut one of the little felt squares half way down the middle.

Separate a parting in your Pom Pom and add a blob of glue. Place a square piece of felt on top and press down.

Add a blob of glue to your felt secured to your Pom Pom and add your earring stud. While the glue is still wet, add your second felt pieces. The little slice in the felt will allow the stud to come through.

There you have it! A Pom Pom stud. Try it another way! Thread your Pom Pom through a hoop. SO EASY.

What you will need: Felt Squares A circular shape, like a €2 coin to use as a stencil Embroidery Thread Needle Glue Gun Scissors Stud Earring Pieces (available to buy in store!) You can learn how to make a felt flower rose over on my Felt Flower Wreath step by step. Once you have made your rose, you pretty much follow the same step by step as the pom pom stud above! Easy peezy, right?! You could even switch it up and make a few different colour petals to add a little something something! 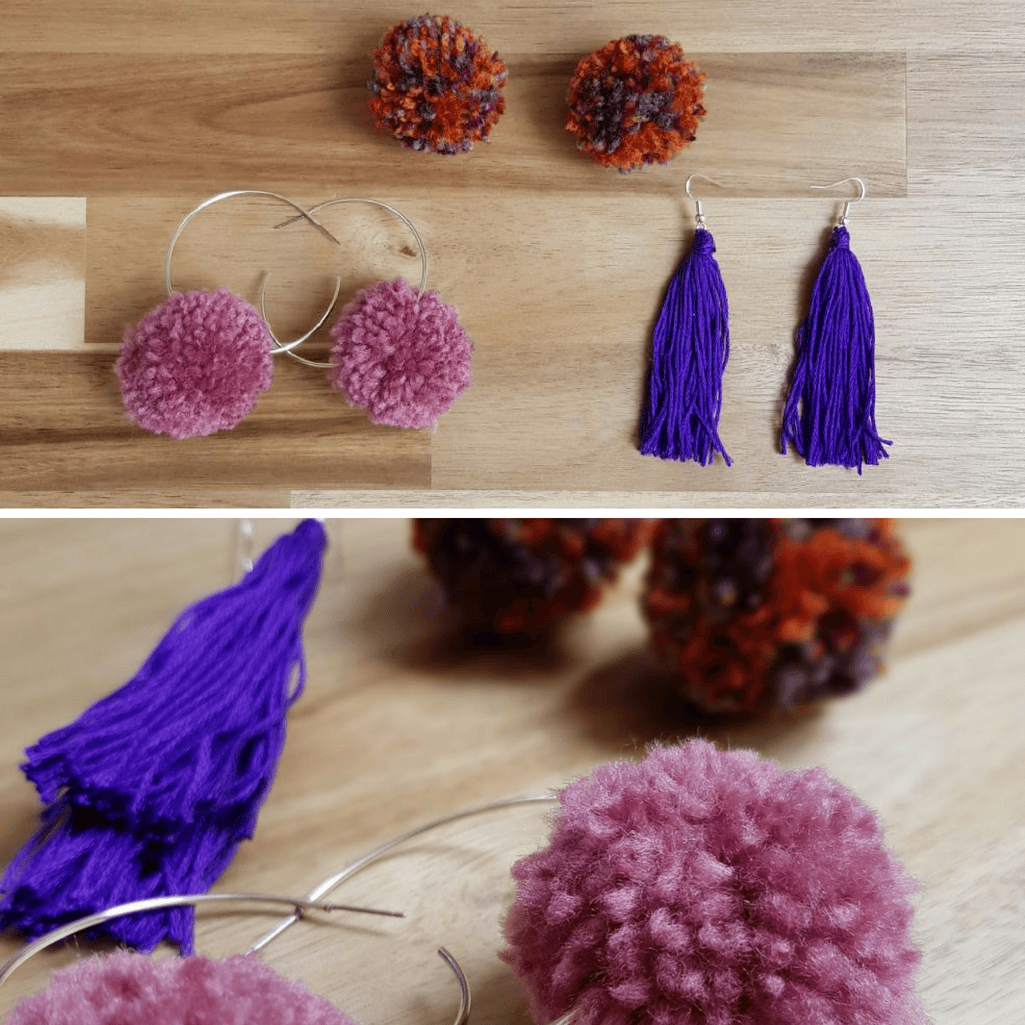